The Continuing Growth of IT Services

Posted on 2 years ago

Computers have become an essential part of modern-day living. You’ll rarely see a home without one and nearly every business utilises a computer in its operations. Despite being commonplace, however, not everyone knows how to work the deeper intricacies of computers.

Because of the critical role that computers play in many modern enterprises, IT services have sprung up to provide these businesses with the technological support they need in order to maintain a competitive edge in the digital landscape. IT professionals that specialise in certain fields are always called upon when computer-based services are required, whether it be solve an existing problem or to prevent any more from causing any trouble.

Over the years, IT service providers have continuously grown to match their constantly evolving field of expertise. Both computer technology and business trends are constantly changing, and IT professionals are forced to adapt.

From technological advancements to shifting business models, here’s how the IT industry has developed over the years and how it continues to do so to meet the needs of the modern era.

A Brief History of Computer Technology

To better understand how the developmental history of the field of Information Technology, we must look at how computers started and how they were improved.

The first generation of electronic computers didn’t come into existence until the 1940s. Computers used to be massive and were mostly limited to solving mathematical problems. Furthermore, they could only store basic programs. Their sheer size also made them impractical and inefficient.

As the years went by, a new generation of computers was created. This new breed of machines was smaller, faster, and smarter than its older counterparts. Programming languages became more complicated but produced more streamlined applications of the previously cumbersome mainframes. However, there was still room for improvement.

The possible uses of computers skyrocketed as the machines became even better as technology grew that much more advanced. As transistors and micro-tech became more common, the complexity of how computers worked began to rise but paradoxically, they became much easier to use. By the 1960s, computers became a common sight in society.

Both hardware and software advanced greatly with each new technological breakthrough. Computers could be seen in most establishments, from supermarkets to large enterprises. Their usefulness was unquestionable, and it only got better as big names such as IBM made computers more accessible.

Soon the world had become full of computers and the advent of the internet solidified their place in homes and businesses alike. Computers became access points to vast amounts of information contained within both local and global data repositories.

Where Does IT Fit?

As information became more accessible, the need to keep them secure became more apparent. This is especially true for businesses that want to keep critical data away from unwanted access. In addition, computer technology proved that computers could accelerate the growth of a business as highly efficient tools used to manage daily operations.

These two key points drove the creation of information technology jobs. The complexity of computer hardware and software grew increasingly specialised, giving rise to dedicated IT specialists who were trained to fill the gap.

These specialists were responsible for supporting computing staff by creating streamlined computer programs and processes that boosted worker productivity. They also handled the management of network issues, security risks, and other computer-related problems.

IT specialists have served as part of the foundation that many big businesses now stand upon, enabling them to operate smoothly even at extreme scales.

The Scope of IT Services​

The roles that IT service specialists play are broad, to say the least. Experts are expected to help keep businesses going by maintaining computers to keep them running smoothly and by providing back-end support. However, IT has evolved significantly since it first arrived, and its scope industry has widened because of the constant changes to the industry.

Information technology has been at the heart of computer sciences for decades, so much so that it can be difficult to differentiate an IT specialist from a computer scientist. The former manages and improves computer systems while the latter designs and develops them.

It may seem unfair at first, but it stands as a testament to exactly how big the scope of IT really is. Not only does it overlap with another computer-related profession, but it also has a plethora of other more specific disciplines under its wing.

Cybersecurity is one example of a discipline you can expect to see in IT. There are entire organisations of IT experts that are strictly dedicated to providing lock-tight security measures to preserve the integrity of sensitive information.

Web and application development is another discipline that requires a set of skills that are completely distinct from cybersecurity experts. It requires knowledge on specific programming languages that do not see much use outside of the actual development of apps and websites.

Project management, IT Strategy, and infrastructure-related services also fall under the scope of IT. These disciplines also have their own unique rule sets and challenges that may or may not overlap with other facets of the profession.

As the breadth of technology increases, so too does the scope of information technology.

The challenges posed by modern problems constantly cause new trends in the field to rise. These trends reflect how the IT industry responds to the current state of businesses around the world, referring to their needs and pain points. These trends also show how IT has grown over the years and how it is still growing in order to keep providing quality service.

Here are some of the latest trends:

Everything from software management, analytics, networking, storage, disaster recovery, and intelligence services can be performed using a cloud-based approach. This method has proven to be reliable and effective while also being less expensive than traditional means.

The proliferation of cloud computing and software-based approaches has brought a new set of problems to service providers. Artificial intelligence (AI) has seen frequent use in the management of software and IT experts have been fine tuning it to be as effective as possible.

AI has also paved the way for automated processes, making the work of IT professionals faster and more efficient while also freeing up manpower to focus more resources into innovation and strategy.

The Growing Importance of Cybersecurity

Now that almost every office computer is connected to the internet, protecting sensitive systems and data has become paramount to the survival of businesses. The devastating NotPetya malware attack in 2017 that brought a pharmaceutical giant to its knees is proof of this.

More and more corporations are recognising cybersecurity as a critical investment. Instead of being seen simply as defensive countermeasures, cybersecurity policies have started to become more proactive in hopes of eliminating threats before they cause any problems.

Because of the sweeping significant changes in the field, many IT companies were forced to adapt to the ever-growing needs of businesses. No longer was IT restricted to keeping the lights on, as the scope of “general IT support” has far outgrown its initial stages. Instead of just keeping a business’s lights on, IT experts are now able to make those lights shine brighter.

IT service providers are now capable of performing more technology-based duties as compared to the early decades of the field. These changes have also brought new business models to the IT industry, like the outcomes-based model—which has already proven to be more beneficial to all parties involved.

As new trends emerge, experts in the field of information technology are encouraged to adapt in order to provide better solutions across the board. For example, Managed IT Service Providers such as Qamba bring together experts from most IT’s disciplines to provide businesses with the necessary support through outcomes that they need to thrive. 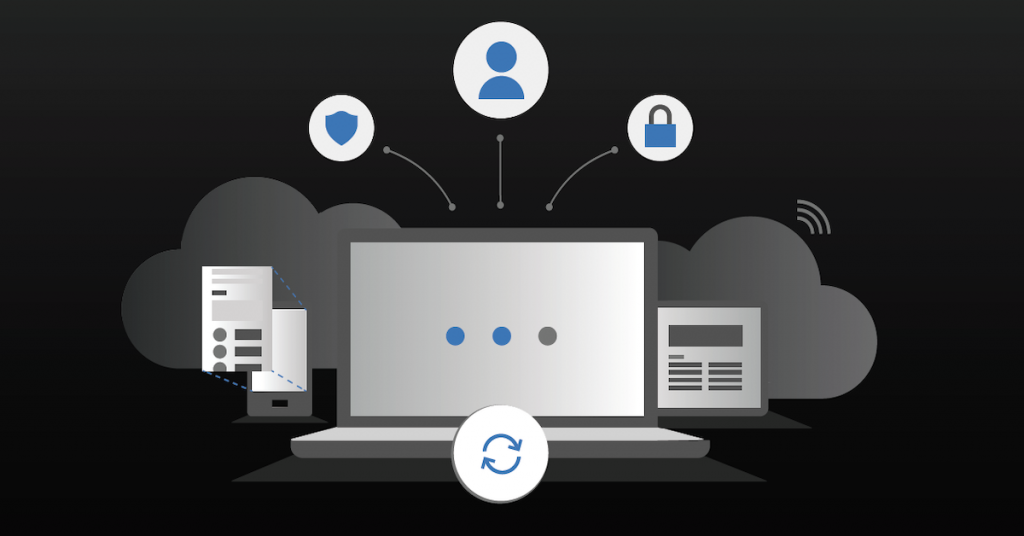 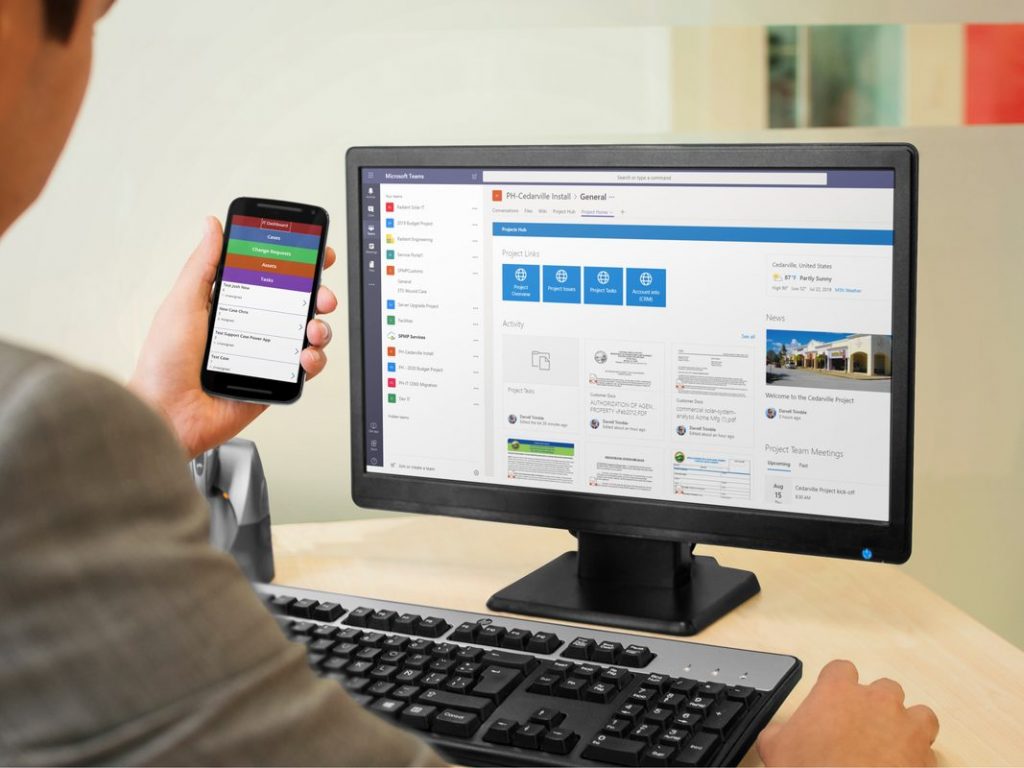 Switch from Skype for Business to Microsoft Teams 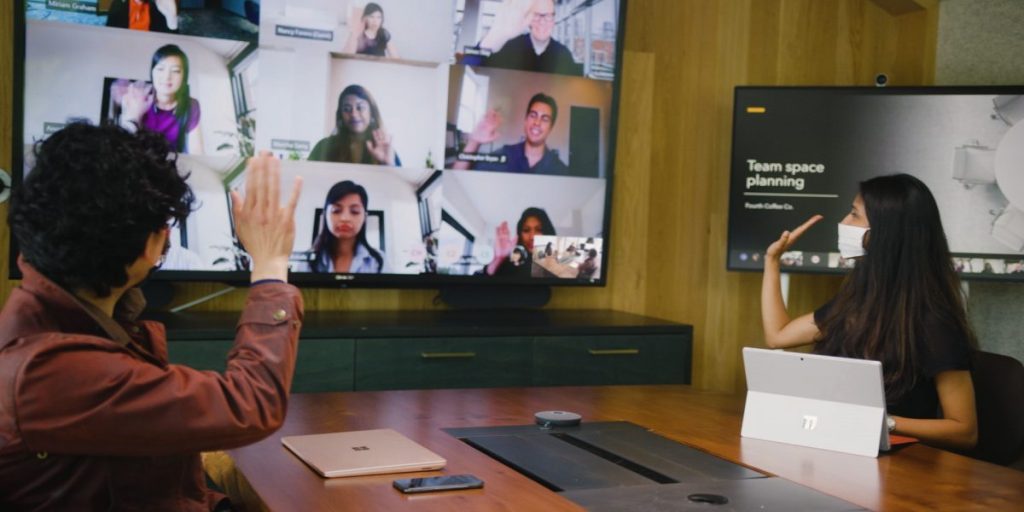 Taking Microsoft Teams to the Next Level – Part 2